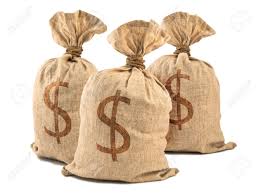 Internal Memos Should be Treated as if they are Press Releases

The old adage that you should act or speak as if the New York Times is quoting you is never more true than in an age of social media?

While in most situations, that advice goes a bit far, but it doesn’t go too far in one important area: Law firms should write internal memos as if they could be on the lead page of Above the Law, today or another news outlet tomorrow.

As some major firms have decided to raise, or chosen not to raise, their starting associate pay to $180,000, their internal memos to attorneys and staff have been leaked to the media and are out in the open for all to read.

That’s not necessarily a bad thing. It simply means that law firms need to expect this type of publicity and treat these memos as if they aren’t just internal communications, but what they actually really are: press releases.

In practical terms, that means these memos should be clear and straightforward and should reveal what any reader would want to know, including the basics of the raise such as who gets it, when, and how much.

It also means many details that would be fine to share internally would best be left out. A firm might wish to say in an internal memo something like, “Our management is aware of the round of salary increases, and we are observing the situation carefully. We will make a decision at the appropriate time after considering the market. Meanwhile, all inquiries should be directed to Jane Smith in our Financial Department,your practice group leader or office managing partner.”

Internally, that’s fine, and it reads like dozens of internal memos. Externally, if it leaks (or when it leaks), it will only spur unpleasant questions from reporters and bloggers. “Oh, you decided to be a follower, not a leader? What other firms did you look at who were setting the market, and in what cities? How many associates called Jane Smith, and what were her instructions as far as replying to them?”

Read as a press release, this internal memo gives both too much information and too little.

This principle doesn’t apply only to the salary-raise wars. Any internal announcement that might seem newsworthy should be vetted by the firm’s internal PR team or outside agency to make sure the firm is saying what it wants to communicate and doing so on its own terms.

When to Politely Decline a Media Request